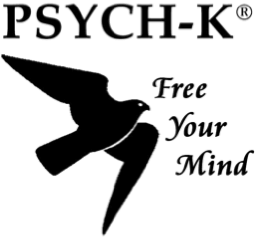 Sunday morning, an hour before opening Inner Sanctuary, I checked my email and found a note from my PSYCH-K® teacher. He was saying goodbye.

Over the last year and a half, he had shared with me his 13-year struggle with chronic fatigue, and his inability to connect deeply with his human existence.

In this time, I too had my private moments of struggle with fatigue and the penetrating frustration that ensues when it seems nothing you try is working.

He was near the abyss. I was too some days.

Some say suicide is never the answer.

Our culture has strong taboos against suicide. Philosophers have grappled with suicide for ages. Camus writes, “There is but one truly serious philosophical problem and that is suicide.”

My punk rock, anti-establishment perspective concluded years ago that society declares war on suicide because the person who checks out can no longer pay taxes, or be a cog in the machine.

Schopenhauer had a similar idea. “It is an extravagant demand that a man who no longer cares to live for himself, should still go on living as a mere machine for the benefit of others.”

It’s no small irony that the vast majority of philosophers contemplating the moral, ethical, and societal questions that suicide poses were themselves somewhat immune to suicide’s siren song. Schopenhauer, whose own father may have drowned himself, lived to see 72, dying peacefully on his couch of respiratory failure in 1860.

When spouses and children are left behind with diminished resources to meet their needs, is suicide wrong?

Is refusing chemotherapy suicide? Somehow we understand that it isn’t. (On good days, at least.)

We met three and half years ago, when I took my first PSYCH-K® workshop. I was stepping away from the edge of my own abyss. At the time, I was receiving energy healings and my healer encouraged me to learn the tools she used to become my own healer.

I thought she was crazy, but the healings had been so profound in their ability to provide quick relief to the heartache and mental madness I was experiencing. My curiosity won out.

This guy was is a really great teacher. The perfect combination of playful and serious. He understood timing, and as a great communicator, he delivered content in ways it could be most easily assimilated. You knew without a doubt that he knew his material inside and out, backward and forward.

Through his classes and teachings on PSYCH-K®, you came to know that you could really change and free your mind. And help others to do the same.

He introduces his workshops this way:

Celebrate life by learning PSYCH-K®, freeing your mind, and sharing it with others. The processes facilitate attainment of whole-brain thinking subconsciously, the level where our responses and reactions to life situations (real or imagined) happen automatically. Whole-brain states, the outcome of all PSYCH-K® balances, result in expanded thinking and perception. More practically, whole-brain states offer significantly more available options with which we may respond to life’s situations. This includes how we respond internally to past events (including trauma), current situations, and opening pathways to move toward or attract desired experiences and goals.

Some say suicide is the biggest Fuck-You ever.

For what it’s worth, I hope his suffering is lessened. I’m holding him with compassion, curiosity, and loving-kindness. I hope he learned something useful for his continued journey.

I never knew if he wanted me, or any of us, to tell him it was ok to die. Or if he wanted someone to talk him off the ledge. (I tried. It was received with anger.)

Who am I to say you should live, to try again, to keep going? To celebrate life?

Who am I to say you should die?

Who am I to say that you didn’t do enough, or explore other alternatives to the fullest extent, or simply try harder not to die?

(What does it mean when your teacher, who knows the change processes better than anyone, cannot use them to find meaning, balance, or a will to live?)

Should I have tried harder?

This teacher’s death is complicated.

He says it was the result of a serious and lengthy deliberation. He says he felt he had learned everything he could. He says we should cheer him on. True to form, he even makes a joke using language. You can hear him smiling through the words.

And so it goes.

And so he went.

Independence is self-rule. It is the ability to choose your own destiny. It is authority and control.

How can anyone else say that “there must be another way” when we do not know the way for another?

His death is not what hurts me. It is his pain. It is all of our pain. It is our disconnection at a fundamental level from each other.

It is the personal and collective abyss of isolation and separation upon whose edge we humans tread.

It would serve us well this week to remember that American Independence was not won by hundreds of thousands of individuals acting of their own accord.

It was won through forging alliances, putting aside our differences, and coming together for a single aim: that of self-government and self-rule.

In his death, as in his life, he is still teaching. The results of his actions are here now with us, rippling out, affecting many. As the butterfly flaps its wings in China, a storm has hit our shores. A storm of emotions, memories, laughter, and love.

Our work now is multi-fold: to find our own meaning and our own will to live. To understand this event in the context of his life, his experiences, his inner workings which we will never be able to know.

To show up fully at the edge of the abyss and decide if we shall cast love into it rather than ourselves.