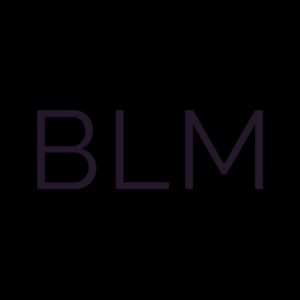 To my dear community,

It is with both a heavy heart and a sheer sense of inspired awe that I witness the largely peaceful protests happening on the streets all across America and even beyond our shores. (Don’t be fooled. The media is amplifying the violence.)

To my dear friends, colleagues and family members of color, my heart aches for you. Your sadness is palpable. Your anger justified. I stand in awe of what it takes to just get up and go through your day. Each and every day. After each and every murder of another person of color at the hands of the state.

To my dear friends, colleagues and family who, like me, move through the world with safety, ease and privilege, it’s time for me to come clean. And I invite you to join in this awakening, please keep reading.

The last week has been difficult. There has been a reckoning at the collective and individual levels.

As it was sent to do, the Coronavirus has opened the portal wide enough for so many more of us to finally see the ways in which our choices, our actions and our words are contributing to systems of imbalance and injustice, both here at home and across the planet.

The murder of George Floyd came at just this pivotal moment. The veils are being lifted as the new paradigm is taking root and the old paradigm built on terror and abuse of power is fighting for it’s very existence.

I’m a white-identified woman of mixed-race. The majority of my cousins are half-Black or half-Mexican. I’m in an interracial marriage. Most of my friends are in interracial marriages. I live in one of the most diverse cities in America and routinely break bread with Blacks, Latinos, Japanese, Koreans, South Asians, and Filipinos.

The truth is, I thought that bought me a pass.

But you see, the well has been poisoned. For all of us. (POC are simply the canary in the coal mine.) And I’ve been silent. I have been inactive. I haven’t been doing enough to dismantle racism and other abusive forms of power and control.

Today, I’m owning that. And I’m doing the work to reveal my own unconsciousness. And I’m not going to lie. It feels very vulnerable. Because I have no answers. Just a lot of questions.

One thing is certain, even when we’re breaking bread together, we don’t really talk about racism. Sure, we discuss the injustice when someone is killed, but we don’t discuss it at the level of individual complicity or systemic change. We don’t seek to see it reflected in ourselves or our choices because, let’s face it, that is painful AF.

And what we can’t or won’t see, we will never resolve. We need to reveal it if we’re going to heal it.

I believe that all of us are co-creating our shared 3D reality. Which means the unconsciousness required to kill another human being must also live inside of me. As a lightworker, I don’t get to take responsibility for only the good that happens in the world.

I also believe we are being called to create a new reality. A just, equitable, fair, kind and loving reality. And that means we need to reveal our individual and collective unconsciousness (bias, privilege, and racism) in order to heal it.

Spirit revealed to me that I have a framework of reflection and inquiry already in place that supports radical self-awareness, which in turn leads to deep level healing. It’s my online program called Tools To Thrive By. It’s the deep inner work my clients do when we work together.

I’ll be using that framework with entirely new questions as a way to look at my own internalized and unconscious bias, privilege, and racism. (Because we all have it – it’s the water we’ve been drinking since conception.)

And I’m inviting you into inquiry and discussion and collaboration with me. I don’t know what this space will look like yet, but if you want to journey with me to understand your own unconsciousness and have a SAFE place to discuss the difficult stuff, I invite you to join me. (Free. Safe. NOT on Facebook.)

All voices are welcome. You can join the private group here: Reveal It to Heal It: Uncovering bias, privilege, and racism to heal our hearts and communities.

Send me a message if you are interested in doing this work together.

While I hope you’ll join in this journey (with us or on your own), I know this won’t appeal to everyone. So if you’re looking for a different place to start, try here instead: This is a growing list of important resources that will help you become an active participant in the dismantling of racism.

Lastly, to people of color reading this, what can I offer to aid in your healing right now? Some have suggested group meditations, distance energy healing, space to examine how brown and black bodies respond to trauma, or Reiki attunements to supercharge your own innate healing capabilities. Do any of these resonate for you? Stay tuned for a list of Healers of Color.

I am deeply committed to ensuring that Flourish is an anti–racist organization. The Flourish movement has been focused on the individual, but the evolution of human consciousness asks us to widen our lens. Please know I am always open and willing to hear your voices on this or any matter.

The work of our lifetime is to heal our shame, pain, inherited ancestral wounds and the subconscious programming that keeps us mired in systems of oppression and injustice. The New Earth needs New Humans… New Humans with huge hearts and courageous voices.

Big Love to you always – even if we don’t agree.